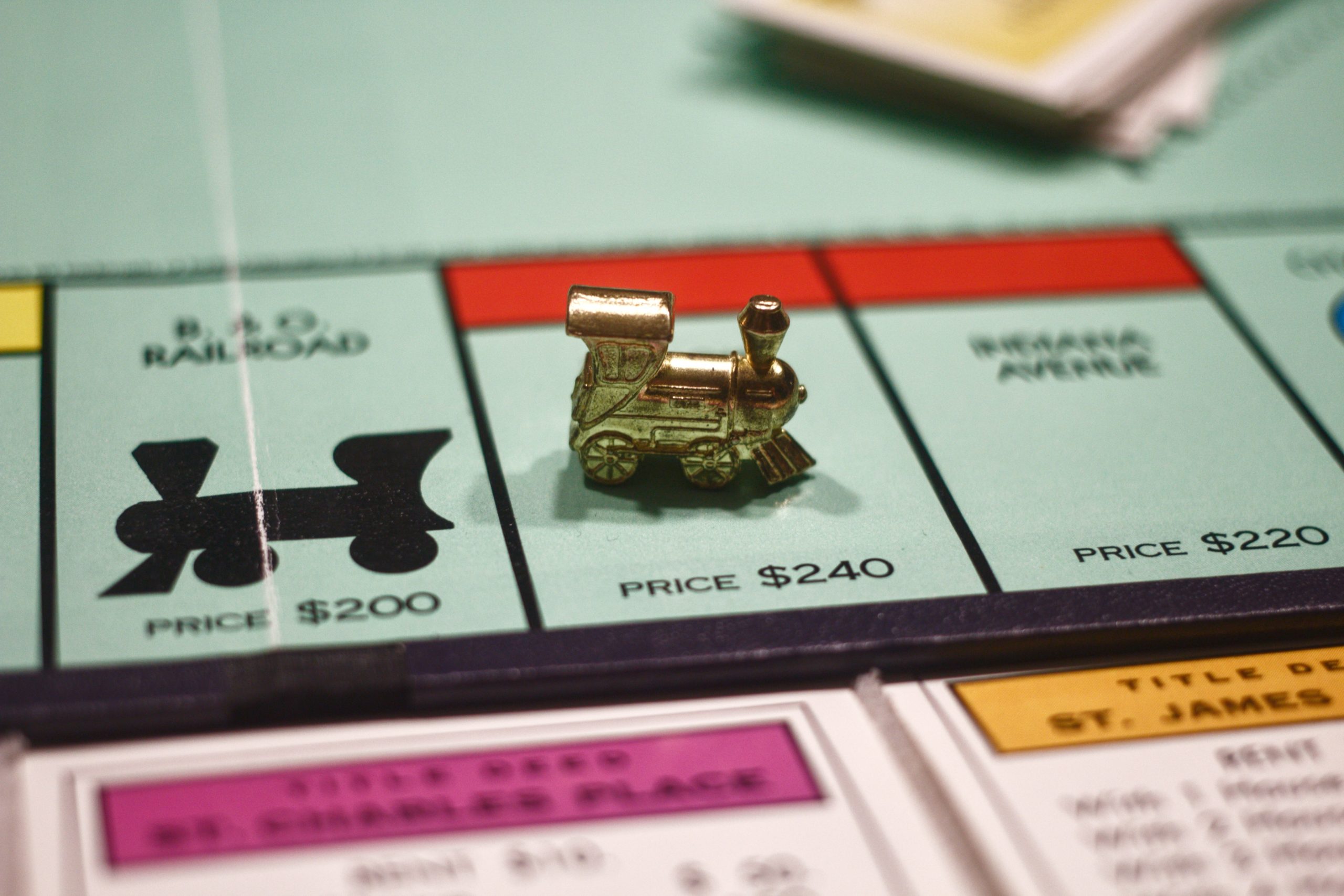 Child psychologists and pediatricians have recognized that today’s lack of play contributes to children’s overall lack of well-being. An increased focus on academic activities, overly structured family, school, and extracurricular schedules has led to less playtime for kids.

If you’re looking to give your child a strong foundation for academic success, it may be shocking to hear that the best thing you can do is allow them to play more every day. Playing develops strong social skills, which in turn gives them the best footing for learning. It’s been proven that the best predictor of academic performance in eighth grade was a child’s basic social skills in third grade. Research shows that play is beneficial for kids’ development and learning, yet they aren’t getting enough.

So what’s an affordable change parents can make that doctors recommend and kids will put their device down for? It’s a 4,000-year-old invention that everyone can agree on – Board Games. They are such an effective tool for developing social skills that leading experts and therapists have played board games with kids for decades. It’s why Dr. Jon Freeman, Clinical Psychologist, Neuroscience Researcher, board-and-card game enthusiast, and Founder of The Brooklyn Strategist, offers an after-school social skills program at his Board Game cafe.

“After we observed a shortage of social skills in kids, we realized how much work there was to be done,” he said. “Our programs focus on neurodevelopment by having fun and developing and articulating strategic approaches through socialization and gameplay.” It’s such a game-changer that New York school administrators recommend kids play at Brooklyn Strategist after school.

Wait, So Playing is Actually Learning?

According to the American Academy of Pediatrics (AAP), playing is serious business for a child’s health and development. Their report, The Power of Play: A Pediatric Role in Enhancing Development in Young Children, explains how playing with both parents and peers is essential to developing thriving brains, bodies and improving social bonds. It’s so critical the AAP is encouraging pediatricians across the country to write Prescriptions for Play at well-visits to combat the decades-long decline of playtime for kids.

Play is not just an important teaching tool. It’s the best teaching tool. “The seemingly simple activities that kids enjoy most help them explore and understand the world around them,” says Anna Yudina, Senior Director of Marketing, The Toy Association. Their Genius of Play program celebrates the 6 Benefits of Play: Physical, Emotional, Social, Cognitive, Creative, and Communication by giving parents and educators ideas on incorporating more play into the day.

What if I told you that playing board games can help kids in both school and life? Well, after decades working with kids and families, that’s the recommendation from Leading Emotional Dynamics expert, Erik Fisher, Ph.D., aka Dr. E, Keri Wilmot, Occupational Therapist, and Toy Expert aka Toy Queen, Dr. Amanda Gummer, Founder and CEO of Good Play Guide, and Dr. Jon Freeman, Founder of Brooklyn Strategist.

Playing preschool-level board games may seem so simple on the surface. When you look closer at what’s going on, it’s providing teachable moments, improving social interaction, and developing good social skills amidst all the fun!

“As an occupational therapist of 20 years, I’ve played a lot of board games with kids of all ages and abilities,” says Keri Wilmont. “Board games are a great way for kids to alternate going first, taking turns, listening, and learning how to cope when others might not want to follow the rules and try to cheat or bend the rules in their favor.”

“Therapists aren’t playing games with kids by accident,” adds Dr. E. “Games can be an avenue for them to build many of the cognitive skills required for successful academic performance, as well as life. Games practice and build attention, concentration, memory, critical thinking, reasoning, and problem-solving skills. And as a bonus, it helps them “learn how to manage losing and gives them a chance to see that failure tells us when it is time to learn.”

“Making new friends and being able to collaborate with another person is important in a school environment. Board games allow kids to rehearse basic social skills through play,” said Dr. Amanda Gummer, widely considered the go-to expert on play, toys, and child development. “Fast-paced, luck-based games with a focus on fun can be a great way of getting children more opportunities to play with others and begin to develop an understanding of friendly competition.”

“More recent games have introduced cooperative elements, and that’s a great game-changer (no pun intended) regarding social dynamics. Instead of the neurotransmitter reward (e.g., dopamine) coming from being declared the winner at the expense of everyone else, the reward is now associated with working as part of a larger group,” explains Dr. Jon Freeman.

An example of cooperative games that build strong social skills is Role-playing Games (RPGs), like Dungeons & Dragons and Pathfinder. Players meet in small groups and work together under the game’s rules to accomplish imaginary tasks, but they’re using tons of interpersonal skills too.

“By RPG games’ very nature, players are required to interact with others, problem-solve how to attain a shared goal, and then divvy up the treasure when the goal has been attained. Very often, survival requires help from another player,” says Dr. Jon Freeman. “So, throughout the experience, players are simultaneously considering their own characters plus how their character interacts with other players in the group and how others perceive their character. If we can teach kids to verbalize thoughts and practice conflict resolution in games, the hope is they will have better outcomes later in life in difficult social situations.”

Heather Bernt-Santy, M.A.ED., aka That Early Childhood Nerd, sums it up when she says, “If you limit the play, you limit the learning.” So, shall we play a game?

If you’re sold on the idea but are unsure what to play next, here’s a list of 10 beloved board games that experts recommend, kids love and are favorites in our house. If you want to test drive some of these before buying them, many libraries have board games you can borrow for free, just like books!

For five years, it’s been the best-selling preschool game for a reason. It’s easy to play. Little kids love to spin the spinner and feed their squirrel five different colored acorns. While you might be in the lead one minute, you may get a strong breeze next and have to return your acorns and start again. It’s a big winner with the four-year-old in our house!

For over 70 years, this adored, easy-to-understand game set within a kids’ dreamland of candy has been a go-to for families. While it seems simple, it introduces the concept of rules, turn-taking, following directions, and winning and losing to preschool-aged kids. All the candy-themed elements are a hit with any treat-obsessed kid, too!

It’s Bingo with a Zing! Fifty million families have purchased this kid favorite, award-winning Toy of the Year. Slide the zinger, make a visual match, and fill your picture bingo card to win! We’ve been playing this game regularly for years in our house, and it’s so much fun no one realizes it’s teaching reading fundamentals as well.

If you want to introduce your young child to the fun of board games but they are still getting used to losing, this game is for you. While the game’s goal is to move your piece through the board, no one wins until everyone gets to the end. This approach focuses the fun on playing and not necessarily winning, keeping the tears away.

This award-winning board game is so popular that they released a Juniors version so younger kids can get in on the fun (and improve their social skills too). If your train-loving toddler is now older, give this beloved cross-country train adventure board game a try! Players collect and play cards to own railway routes connecting cities like Miami and Seattle all across America.

This classic game that’s “easy to pick-up and hard to put down” has been played for 50 years. While it seems like a fun, competitive race to get rid of your cards first, kids are practicing laser-focused concentration, following directions, and being a good winner and loser. This game is perfectly sized to bring along on your next family trip! The size of a phone, you can even fit it in your carry-on for in-flight fun!

With more than eight awards to its name, this game is beloved by people of all ages. Described by the creator as a mix of Rummy, Sudoku, and a Rubik’s Cube combined with inspiration from Hawaiian myths, give this fast-paced tile-based game a try.

Created by the same game designer behind Magic the Gathering, it’s not a surprise it’s won many awards, including Best Family game. My eight-year-old loves the chance to fight mom, dad, and his sister in an acceptable manner! The fact that you’re playing mutant monsters, giant robots, and weird aliens destroying the city to become The King of Tokyo doesn’t hurt either.

There’s nothing like the challenge of saving humanity from a pandemic to get a family or group of friends working together! This multi-award-winning cooperative board game gives each player a role like a medic, scientist, quarantine specialist. The group recognizes and applies the strength of each player’s part to cure a deadly disease before it’s too late.

This 25-year-old board game, bought by 20 million people, has been called the most beloved board game of all time by table-top enthusiasts. And it’s definitely one of the favorites in our house. The countless ways you can develop the Island of Catan lends to endlessly fun replays of the game. Players as young as six can enjoy Catan with their Junior pirate-themed version with a simpler playing style.

This article originally appeared on Wealth of Geeks by Monica Fish from a Planner at Heart.

Monica Fish helps her fellow adventurers live a financially savvy life so they can travel and explore our beautiful world no matter their budget. She writes about smart timeshare ownership, vacation tips and tricks, NYC Metro Area trips and activities, and frugal, yet rich, living at PlannerAtHeart.